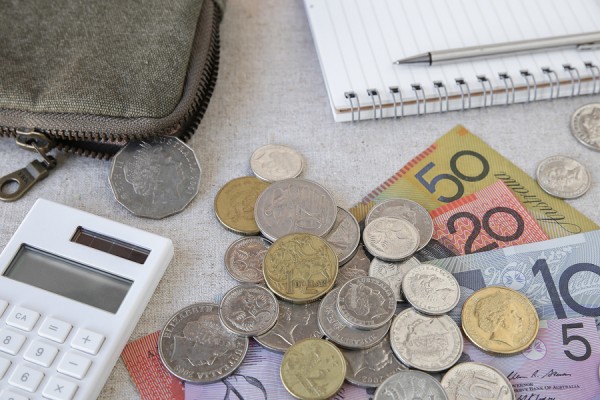 The Australian economy is expanding at a slower pace with rising interest rates expected to inflict more damage in the months to come.

September quarter national accounts showed the economy grew by 0.6 per cent, which followed a higher 0.9 per cent lift in the June quarter.

In the 12 months to September, the economy swelled by 5.9 per cent from a low base in the third quarter of 2021 caused by lockdowns.

“The September quarter was the fourth consecutive quarter of economic growth, following a contraction in the September quarter 2021, which was impacted by the COVID-19 Delta outbreak,” Australian Bureau of Statistics head of national accounts Sean Crick said.

Experts were anticipating a 0.7 per cent lift over the quarter, with some economists expecting a slightly higher result.

The ABS said household spending drove growth in the September quarter, lifting 1.1 per cent for the quarter and contributing 0.6 percentage points to GDP.

But the amount households are squirrelling away continues to fall, with the household savings to income ratio sliding from 8.3 per cent to 6.9 per cent over the three months.

BIS Oxford Economics’ Sean Langcake said the savings rate was still a little higher than before the pandemic.

“But the scope for consumers to fund growth in consumption from savings is dwindling quickly,” he said.

Robust wage growth also showed up in the national accounts report, with compensation of employees increasing 3.2 per cent – the fastest growth since 2006.

The tight labour market is fuelling wage growth, with the unemployment rate hovering at 50-year lows.

The figures also revealed early signs of a recovery in the construction sector, with new and used dwelling construction lifting by 3.4 per cent.

Easing supply chain and labour shortages contributed to the rebound, with the pandemic-bolstered pipeline of work expected to keep the sector busy for a while yet.

“We’ve also seen more rate hikes, floods continuing, and further evidence of the deteriorating global growth outlook which we expect to weigh on growth in coming quarters,” he said.

Dr Chalmers said there were signs of a weakening global economy in the ABS figures, with prices for iron ore, metallurgical coal and other mining commodities falling due to softening demand from China.

“At the same time, import prices increased, partly impacted by the depreciation of the Australian dollar,” he added.

The RBA has been lifting interest rates since May in a bid to slow down inflation.

The big four banks have announced they are passing on the interest rate hike to mortgage holders in full.

For the average $750,000 loan, the 25 basis point lift will add $1251 to monthly repayments since May, according to RateCity data.