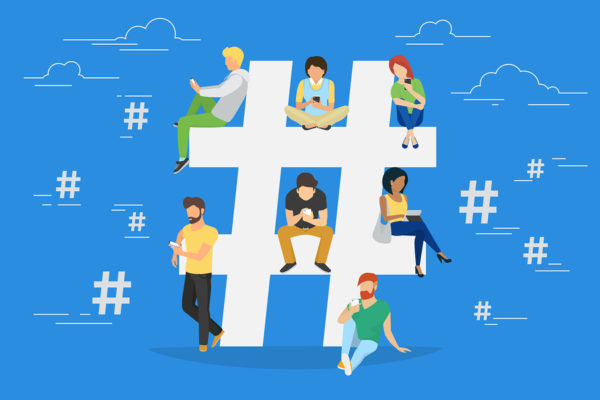 Yes, hashtags (#) and @ tags  can definitely help you to build your brand on social media.

As of this year, there are more than 2.8 billion social media users around the world. The statistics relating to consumers are staggering:

It’s no surprise that more than two million marketers are now using social media marketing to boost sales and foster recognition of their brands.  Part of every social media strategy is the use of # hashtags and @ tags. Here is a guide on how you can use these powerful tools to further your brand.

Formerly known as the phone’s pound sign, #hashtags allow you to connect with other social media users based on a common theme or interest. On picture and video sharing social media sites, # tends to represent the description of the content – for example, #yummyfood denotes images of food people are supposed to find “yummy”. On Twitter, # represents a topic of discussion; #yummyfood would be all the Tweets relating to yummy food.

Alternatively #Elvisfan to connect with your inner Elvis and those that feel the same:)

The “at” mark is used on all platforms to link other social media accounts to your post. The intention behind using the @ tag is to encourage others – the users you’re referring to or their followers – to share your content, thus expanding the reach of social media marketing. For example, when people use @ followed by a celebrity’s account, they are hoping that the celebrity will make a comment and their fans will read and share the content.

You can find a business easily by using the @, for example @Feedsy in one of your posts.

Because of the utility of # and @ – and in some cases, overuse, conventions have developed about their proper usage on the different social media platforms. These best practices are meant to maximise the impact and effectiveness of posts and to prevent alienation of social media users.

# Hashtags
In general, hashtags should be:

@ Tags
In general, you should use @tags to:

Get social media working for you

For businesses, using social media marketing is no longer something that provides a competitive edge – it’s practically mandatory for business growth. By increasing the reach of your brand and branding in a smart, strategic way, you can harness and mobilise the power of the social media and flourish.