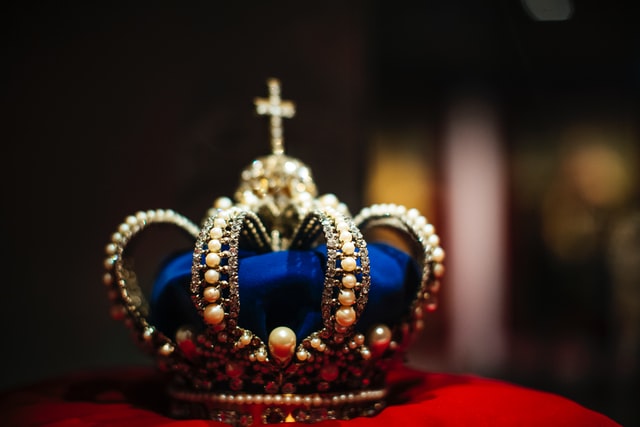 Governor-General David Hurley says he became overwhelmed with emotion during the Queen’s funeral, realising it marked the end of a great era.

Mr Hurley said while the Queen’s death was inevitable, it struck with an impact “that has exceeded any expectation”.

While the monarch’s representative in Australia didn’t pretend to have a special relationship with the Queen, his encounters with her have become treasured memories.

“I hadn’t thought that I would be emotional, but I was,” he told a national memorial service for Queen Elizabeth II at Parliament House on Thursday.

“She was my Queen. She was part of my life. She was a constant and reassuring presence in so many people’s lives.”

For Mr Hurley, two moments became emblematic of the Queen’s passing. The first came during a visit to a London park and the second when her casket was lowered into the Royal Vault.

A strong floral scent mulled Green Park, which was interlaced with flowers, handwritten messages and a slew of Paddington bears.

“It was far from the pomp and ceremony of the formal events. In fact, we were in our exercise kit,” he said.

“Even in the early hours, it was crowded. But people weren’t taking selfies or posing.

“They were respectful of each other, but largely contained in their own intimate and individual reflections on a remarkable individual.”

The governor-general lauded the Queen as a respectful, kind and passionate person whose “dutiful service wasn’t an act”.

“That example of bringing people together with empathy and respect is one that can guide us into the future.”

Prime Minister Anthony Albanese used his address to urge Australians to take inspiration from the late monarch as a way to meaningfully honour her life.

The Queen’s love for her family, loyalty to her country and service to her community built her up as a representative for more than just the monarchy, Mr Albanese said.

“Perhaps the greatest tribute we can offer her family and her memory is not a marble statue or a metal plaque,” he said.

“It’s a renewed embrace of service to community. A truer understanding of our duty to others. A stronger commitment to respect for all.”

“Perhaps our Queen’s greatest tribute will be a renaissance of these virtues and values as we remember her ever more,” he said.

Deputy Liberal Leader Sussan Ley said the nation should not fear having “important national conversations” about becoming a republic following the Queen’s death.

“Once we have marked her contribution, I know Australia is big enough and old enough to have a fresh look at this debate in our own Australian way,” she said.

NSW Premier Dominic Perrottet said it had been an honour to attend the national memorial service.

“As we acknowledge and pay tribute to Her Majesty, we reflect on an extraordinary life of dedicated service and loyalty.”

The national memorial service was attended by almost 700 former prime ministers, judges, military chiefs and other dignitaries and broadcast live to the nation.