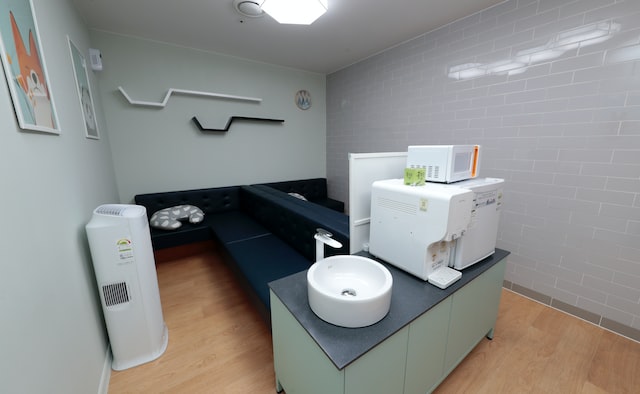 The research, led by Flinders University and the South Australian Health and Medical Research Institute, found the monitors could reveal spaces with poor ventilation, which could contribute to possible “super spreader” events.

It assessed the airborne transmission risk in more than 60 areas used by staff and residents at an Adelaide nursing home.

“COVID-19 has demonstrated the devastating consequences of the rapid spread of an airborne virus in residential aged care,” co-author Steven Taylor said.

“Reassuringly, we found that none of the resident areas were found to be high-risk.

“However, a number of staff areas, including meeting rooms and tea rooms, were flagged as potential transmission zones.”

After simple measures were taken to improve ventilation in those areas, there was a significantly reduced risk of transmission.

The researchers said almost all buildings had areas that carried a high risk of airborne transmission of respiratory viruses but the ability to identify those areas had been limited.

They believe carbon dioxide monitoring to be an inexpensive and underused method to quickly and accurately identify high-risk sites.

The technology could easily be deployed in a range of settings including hospitals, schools and aged care facilities.