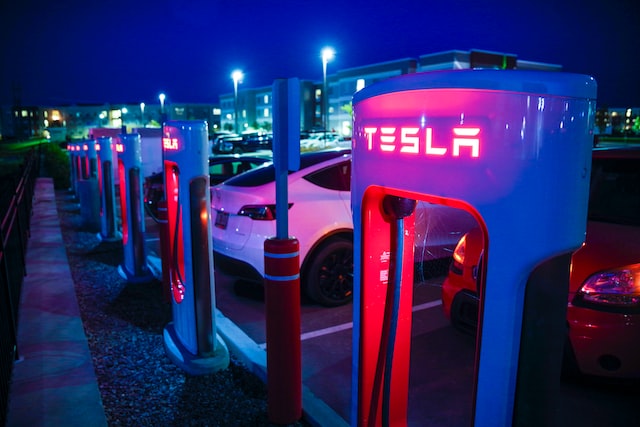 Australia’s 2600 caravan parks could be transformed into a national electric vehicle charging network covering regional and rural areas under a new proposal.

The Caravan Industry Association of Australia has issued a call for commercial and government assistance to install fast-chargers for electric cars on its sites as a way to address rising demand for the technology.

It comes after some electric vehicle drivers reported long waits to access chargers during the holiday season, with Evie Networks seeing record-breaking use of its charging stations between Christmas and New Year’s Day.

Many of the largest queues were seen in regional locations and on major routes between capital cities, and the association’s general manager Luke Chippindale said part of the problem was that regional Australia had been ignored.

“A lot of the work has been done around metro areas but regional and rural areas have been overlooked,” he said.

Some parks had already taken the initiative, he said, signing deals to install Tesla Superchargers on their properties.

“Parks were some of the first-movers in this space to help keep people moving as well as being an end-point destination,” he said.

“We know that has been a big contribution to the market. People stop at these parks and at least have a coffee or build it into their travel plans.”

The association would prepare a market readiness report on the issue, chief executive Stuart Lamont said, including plans to install community batteries to share energy with consumers and power grids.

“Early conversations have been promising in terms of the technology options for a network and we know possibilities to be a major contributor are endless,” Mr Lamont said.

“Unfortunately, these options require significant financial contribution and a will to be solution-focused.”

Climate Council advocacy head Jennifer Rayner said policies from the consultation needed to address charging infrastructure as “it should be available and accessible as people need it”.

“It’s a real obstacle to people feeling comfortable to making the shift to an electric vehicle,” Dr Rayner said.

“In Europe, there has been a focus on making sure charging is readily available along major transport routes. During the holiday seasons, when people are moving around in different places, that away-from-home infrastructure becomes really important.”

Australia had more than 3600 public electric vehicle chargers in more than 2100 locations by June 2022, according to the Electric Vehicle Council.

The figure represents a 15 per cent increase since early 2021.