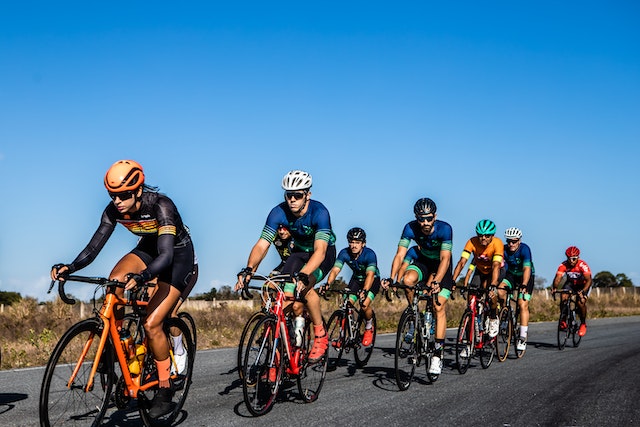 Brown outsprinted Spratt on Tuesday to claim the final stage and that also gave the Victorian the overall Santos tour win.

As Brown and Spratt duelled on the steep Corkscrew climb in the Adelaide Hills, fellow Australian Manly was dropped from the main chase group and that meant she lost the overall lead.

Spratt led Brown by nearly 20 seconds over the top of Corkscrew at the front of the race, but it was not enough.

Brown, the time trial silver medallist at last year’s world road championships, ferociously chased down Spratt in the high-speed 7.5km run to the end of the 93.2km stage from Adelaide to suburban Campbelltown.

Once she caught Spratt well before the finish, the stage and the race were Brown’s to lose given she is the better sprinter and was already ahead of her rival on the overall standings.

“I knew that Amanda was going to be really good on the Corkscrew, but I just kept her within distance, knowing that I could potentially catch her back on the descent.

“I was able to do it, so it’s really cool to take this victory after some awesome work from my team all week.”

Knowing what lay ahead on Tuesday, Brown made a key change to the gearing on her bike.

“I had to keep pushing on the descent … I actually put a bigger chain ring on this morning, knowing this might be a scenario,” she said.

“A good decision, I think.”

Everyone knew Spratt would be the best climber on Corkscrew and she did not disappoint.

It has been an encouraging tour for Spratt, despite not winning it for the fourth time, given the star Trek-Segrafredo recruit has shown she is back to her best.

Spratt needed months to recover after having major surgery in late 2021 to fix iliac artery endofibrosis, a rare condition that has afflicted several top cyclists.

“I don’t really have many regrets … but Grace had a fantastic day, I couldn’t get quite as much time as what I wanted by the top,” Spratt said.

“It’s never nice when you know Grace Brown is chasing you on a downhill like that.

“She caught me and forced me to stay on the front, which I wasn’t very happy about, but honestly she was just stronger at the finish there.”

Spratt said her climbing form was a good sign for the season ahead.

“I could ride away from everyone on the climb and climbing is my thing – it gives me a lot of confidence,” she said.

“Second in the first World Tour race of the season with my new team, I couldn’t be happier.”

Manly (Jayco-AlUla), who won stage two to take the overall lead, said she lacked the legs to stay with the leaders on Corkscrew and there were no excuses.