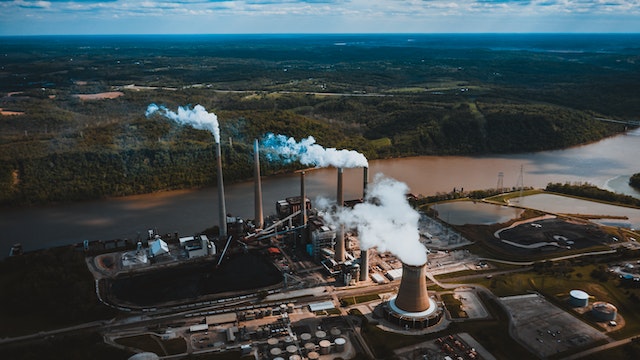 Heavy polluters will get fresh support under a revamped scheme set to take effect this year and can use unlimited carbon credits to remain within emissions speed limits.

An initial $600 million from the $1.9 billion Powering the Regions Fund will go to trade-exposed facilities covered by the Safeguard Mechanism to compensate them for the cost of change.

Across the economy, more than 200 industrial plants each producing more than 100,000 tonnes of emissions a year are covered by the mechanism, which is a key plank of Australia’s climate policy.

It was set up under the coalition government to encourage the biggest emitters to reduce pollution and with limits to get tougher over time, but not fast enough for the Albanese government.

Mr Bowen said the mechanism had been ineffective at driving emissions reduction, which is why industry, business and scientists have been calling for reform.

Revamped, it is expected to cut the equivalent of two-thirds of Australia’s car emissions this decade, or 205 million tonnes of abatement.

“Overall, these changes decline emissions baselines of safeguard-covered facilities by 4.9 per cent each year to 2030,” he said.

The Business Council of Australia said the proposals are a “measured step” that provide greater certainty for business and put Australia on track to reach net zero emissions by 2050.

Carbon Market Institute CEO John Connor said the draft rules are rightly focused on sending clear signals to boardrooms but additional guardrails need to be established at the outset to ensure integrity and scalability.

Critics say the mechanism masquerades as a plan for a carbon-neutral economy and is designed so big emitters can buy credits to offset – not reduce – their greenhouse gas emissions.

Companies that can’t meet limits can buy carbon credits representing one tonne of emissions and no limit has been set on using carbon credits.

Penalty arrangements for when companies breach limits are set at $75 per tonne.

The Australian Conservation Foundation said the mechanism is supposed to manage climate pollution from big industrial emitters, not give them unlimited offsets.

Shareholder organisation Australasian Centre for Corporate Responsibility said the government continued to ignore the “billion-tonne elephant in the room”, the production of fossil fuels.

New laws set to take effect from July 1 will add a new class of units, each representing one tonne of emissions, to be called Safeguard Mechanism Credits, to Australia’s carbon market.

Consultation will begin on federal spending on new clean energy industries, workforce development and carbon credit purchases by the federal government under the scheme.

The government will examine how to avoid “carbon leakage”, where a company simply moves operations to a country with less stringent rules.

Mr Bowen also pledged to review how international credits could count towards compliance in the future.