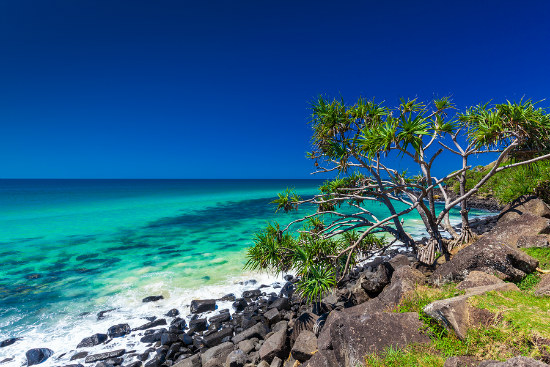 Western Australia’s natural beauty and Aboriginal culture is highlighted in a new campaign aimed at rebuilding the state’s tourism industry.

The $15 million Walking On A Dream campaign will run across multiple platforms and underpin Tourism WA’s marketing activities for at least the next five years.

A 60-second video, released on Tuesday, features an ethereal remix of the hit song by Empire of the Sun, fronted by WA’s Luke Steele.

The dreamlike video stars WA-born Aboriginal dancers Rika Hamaguchi and Ian Wilkes and highlights the scenery of the Ningaloo Reef, the Bungle Bungle range in the Kimberley and vineyards in Margaret River.

“This unique new tourism identity for Western Australia will make our state truly shine in a crowded global marketplace and elevate WA as a destination of choice for travellers both interstate and internationally,” he said.

“WA’s wonderful landscapes and heritage, which are unique to each region, are illustrated in the campaign and it’s expected these dreamlike experiences – which are a reality here in WA – will appeal to visitors from across the country and all around the world.”

The McGowan government had previously spent $2 million developing a Western Australia Inspired campaign which was quietly dumped when the COVID-19 pandemic arrived.

Tourism Minister Roger Cook said the creative concept for the new campaign was inspired by WA’s unique Aboriginal culture and involved collaboration with the Indigenous tourism sector and elders.

The government, which plans to build a new Indigenous cultural centre in Perth, wants to make WA the “premier destination” for Aboriginal tourism.

“The past few years have been unlike anything the tourism sector, and the world, has ever experienced,” Mr Cook said.

“Every country, every state, is trying to rebuild and refresh their tourist industry. It is the toughest and most competitive tourism market the world has ever seen.

“This new campaign will ensure that WA stands out as one of the world’s most unique, memorable and most desirable places to visit – now and well into the future.”